HOW QUICKLY YOU CAN IMPROVE YOUR ENGLISH:

​It takes approximately 200 guided learning hours for a language learner to progress from one level of the Common European Framework of Reference (CEFR) to the next.
For example, a candidate who has passed B2 First (previously known as Cambridge English: First), at level B2 on the CEFR, might need approximately 200 hours of lessons and supervised study to prepare for the C1 Advanced (previously known as Cambridge English: Advanced), which is aligned to level C1 on the CEFR.
However, there are a number of factors that can affect how long it will take to increase your level of English, including: The table below suggests how many guided learning hours you might need to reach each level of the CEFR. These figures are intended as a guideline only. You may require more or less time and support depending on your own needs.
Common European Framework Guided Learning Hours (from beginner level)
What is the Common European Framework?
The Common European Framework of Reference for Languages (CEFR) is an international standard for describing language ability. It describes language ability on a six-point scale, from A1 for beginners, up to C2 for those who have mastered a language. This makes it easy for anyone involved in language teaching and testing, such as teachers or learners, to see the level of different qualifications. It also means that employers and educational institutions can easily compare our qualifications to other exams in their country. 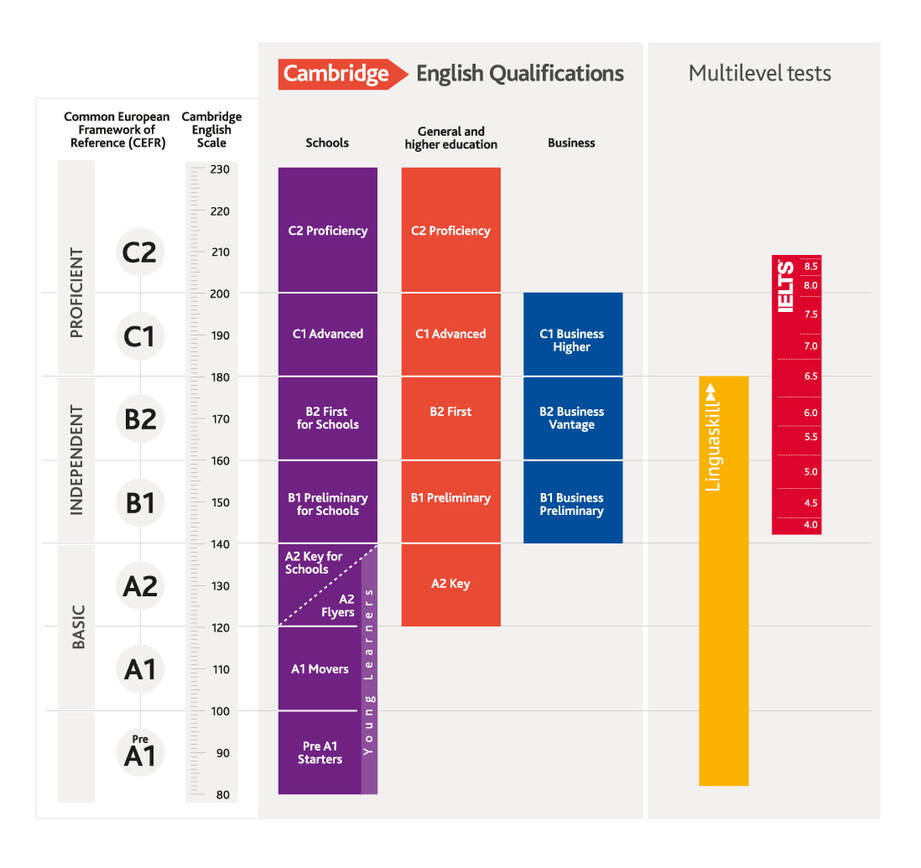